Video message by State Foreign Minister UTO at the International Conference on Women, Peace and Security in Vietnam 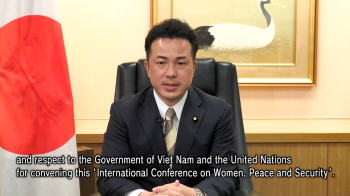 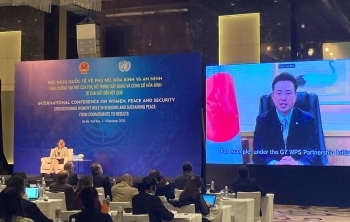 ), at the International Conference on Women, Peace and Security (WPS) hosted by the Government of Vietnam, as a member of non-permanent member of the UN Security Council, with the support of the UN in Hanoi, Vietnam. This conference was organized to commemorate the 20th anniversary of the adoption of the first UN Security Council Resolution specifically connected to issues of women and peace and security.