Speech by Parliamentary Vice-Minister for Foreign Affairs Manabu Horii at the Workshop C on "Protecting against violence and abuse online: Children in the Digital Age" in the Session 4, "Agenda 2030 for Children: End Violence Solutions Summit" 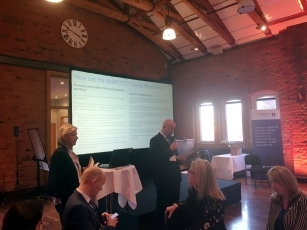 It is my great pleasure to join this workshop. The leaders of Japan are committed to supporting the "WePROTECT Global Alliance to End Child Sexual Exploitation Online" in close cooperation with the U.K. and other stakeholders.

Last August, Prime Minister Abe and Prime Minister May stated in the Japan-UK Joint Declaration on Security Cooperation that Japan and the UK would continue to work together to counter serious crime and organized crime including through active participation in the WePROTECT Global Alliance. Furthermore, the Foreign and Defence Ministers of Japan and the UK affirmed their commitment at the 2+2 meeting in December 2017. In this regard, Mr. Hachiro Okonogi, Chairperson of the National Public Safety Commission of Japan, has been taking the initiative within the Government of Japan as the lead minister for WePROTECT.

Based on the "Basic Plan on Measures against Child Sexual Exploitation," which the Government formulated last April, we have been taking measures to prevent the distribution of and access to images of child sexual exploitation on the internet. In fact, the Government, business enterprises and civil society organizations have been jointly working together to remove such images from the internet. Last week, "Yahoo! Japan," whose representative is present today, together with other co-sponsors, organized an event called "Safer Internet Day 2018" at the UNICEF House. During the event, Japanese stake-holders put their heads together to share best practices and lessons learned on this issue of outstanding importance.

The Government of Japan would like to reaffirm its commitment to ending child sexual exploitation online, working hand-in-hand with business enterprises, civil society organizations and other stake-holders present here today. Thank you for your attention.