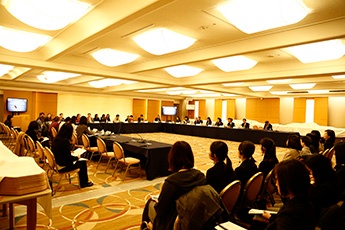 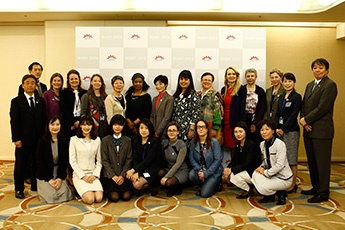 G7 WINDS special event “Shining Future of Women in STEM fields” was held in Tokyo on 13 December, 2016. This event was a part of the initiative called WINDS (Women’s Initiative in Developing STEM career) which was launched at the G7 Ise-shima Summit. H.E Ms. Phumzile Mlambo-Ngcuka, executive director of UN Women, Dr. Yuko Harayama, executive member of council for science, technology and innovation (CSTI), G7 WIMDS ambassadors and representatives, OECD, business and academic representatives, students and others attended. (Challenges and policies on women in STEM were also discussed at WAW! 2016 the High Level Roundtable “Developing Capacity of Women and Promoting Their Active Roles in STEM”.)

H.E Ms. Phumzile Mlambo-Ngcuka made a keynote speech saying that it was important that G7 would be able to help and support the agenda within and beyond the country that enhanced the participation and empowerment of women and girls. Touching upon the work in informal sector, early marriage, digital divide and so on, she emphasized the importance of education including STEM fields as a solution.

G7 WINDS ambassadors and representatives and OECD made presentations on their own experiences as role models and vision of women’s STEM career as well as current situations and efforts in each country followed by the discussion. Major points are as follows.

1 The situation on women in STEM fields

Sharing good practices and adopting them to each county would make it possible to realize the advancement of women in STEM fields. Japan would like to further raise promote this initiative with the cooperation of WINDS ambassadors. Italy, as the G7 presidency in 2017, expressed that it would continue to take up this issue.

(Open a New Window)
Page Top
Back to Women's Issues