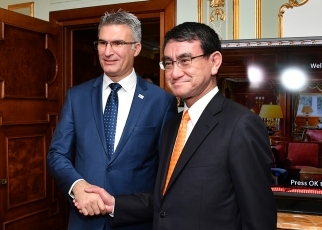 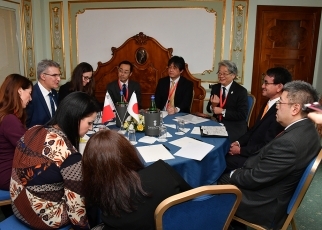 On November 24, commencing at 11:30 a.m. (7:30 p.m. Japan time) for approximately 20 minutes, Mr. Taro Kono, Minister for Foreign Affairs of Japan, who was visiting Italy to attend the fourth edition of the Mediterranean Dialogues, held a Japan-Malta Foreign Ministers’ Meeting with H.E. Mr. Carmelo Abela, Minister for Foreign Affairs and Trade Promotion of the Republic of Malta. The overview of the meeting is as follows.

2. Withdrawal of the UK from the EU

Minister Kono reiterated that, in the withdrawal process, it is important to ensure transparency and predictability as well as legal stability by establishing a transition period. Minister Abela expressed his understanding and explained the latest situations in Europe, among others.

With regard to the North Korean situation, the two ministers shared the position that the full implementation of the United Nations Security Council resolutions is necessary toward the denuclearization of the Korean Peninsula.