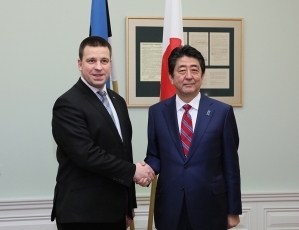 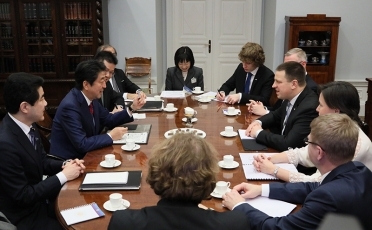 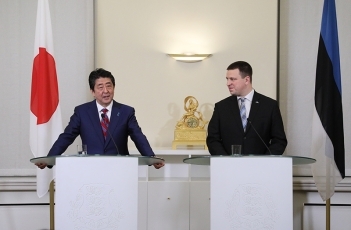 On January 12, commencing at 4:50 p.m. (local time) for approximately 50 minutes, Mr. Shinzo Abe, Prime Minister of Japan, who was visiting Estonia, held a summit meeting with H.E. Mr. Jüri Ratas, Prime Minister of the Republic of Estonia. The overview is as follows.

Prime Minister Ratas welcomed Prime Minister Abe’s first visit to Estonia. Prime Minister Abe offered his congratulations on the 100th anniversary of the declaration of independence of Estonia and stated that Japan would like to cooperate closely with Estonia in addressing international challenges including the North Korea issues.

(Note) The “Japan-Baltic Cooperation Dialogue”
A dialogue framework for promoting cooperation between Japan and the Baltic countries in a variety of fields in the future that Prime Minister Abe agreed to establish with the leaders of the three Baltic States when he visited them in January this year for the first time as Prime Minister of Japan. (Participation from the public and private sectors is envisaged).