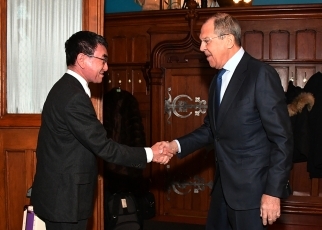 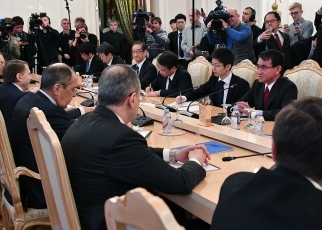 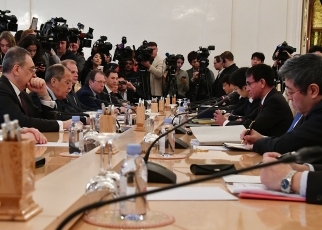 On January 14, Mr. Taro Kono, Minister for Foreign Affairs of Japan, held his eighth Japan-Russia Foreign Ministers’ Meeting with Mr. Lavrov, Sergey Viktorovich, Minister of Foreign Affairs of the Russian Federation. (The meeting and working lunch：approximately four hours). This was the first round of negotiations regarding the issue of a peace treaty following the outcomes of the summit meetings held in Singapore and Buenos Aires.

Spending a long time on the discussion of a peace treaty issue, the two foreign ministers undertook preparations for a visit to Russia by Mr. Shinzo Abe, Prime Minister of Japan. The overview of the meeting is as follows.