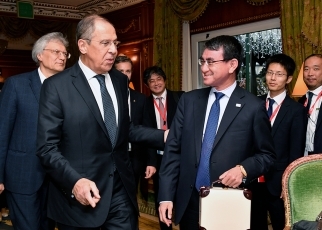 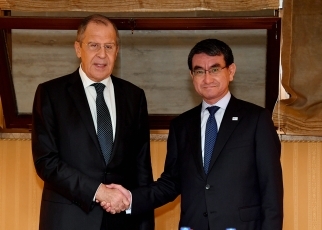 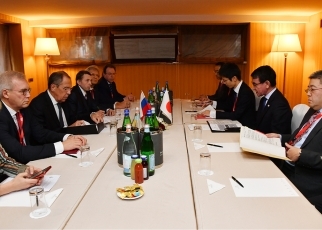 On November 23, on the margins of the fourth edition of the Mediterranean Dialogues, Mr. Taro Kono, Minister for Foreign Affairs of Japan, held a Japan-Russia Foreign Ministers’ Meeting with Mr. Lavrov, Sergey Viktorovich, Minister of Foreign Affairs of the Russian Federation, for approximately 30 minutes. The overview of the meeting is as follows. (This was their seventh meeting following on from the meeting held during Minister Kono’s visit to Russia in July 2018.)

Minister Kono noted that Japan has begun to ease of visa requirements for on group tours of Russian citizens since October and expressed his expectations for the further promotion of people-to-people exchanges. Minister Lavrov stated that he welcomes Japan’s measure.

The two ministers discussed the issue of concluding a peace treaty based on the outcomes of the Japan-Russia Summit Meeting held in Singapore. They shared the view on deepening the discussion between the foreign ministers, following the agreement between the leaders to “accelerate the negotiations on a peace treaty on the basis of the 1956 Japan-Russia Joint Declaration.”

Minister Kono stated that he would chair the Meeting of the Japan-Russia Intergovernmental Committee on Trade and Economic Issues next month, and that he hoped to discuss the way forward for expanding trade and investment, including the Eight-point Cooperation Plan. Minister Lavrov stated that he has high expectations for the meeting.