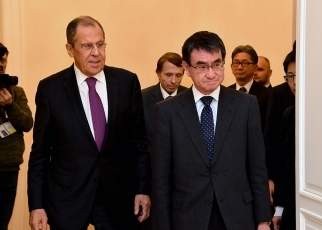 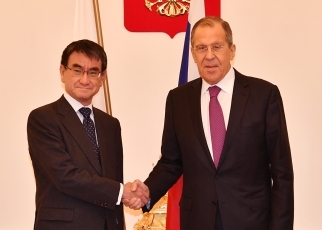 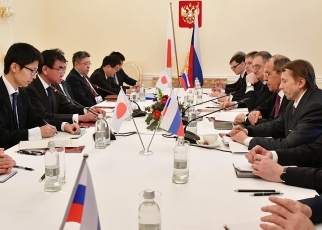 On February 16, on the occasion of the Munich Security Conference, Mr. Taro Kono, Minister for Foreign Affairs of Japan, and Mr. Lavrov, Sergey Viktorovich, Minister of Foreign Affairs of the Russian Federation, held a Japan-Russia Foreign Ministers’ Meeting for approximately 1 hour and 40 minutes. This was the second round of negotiations regarding a peace treaty following the meeting in Moscow in January.