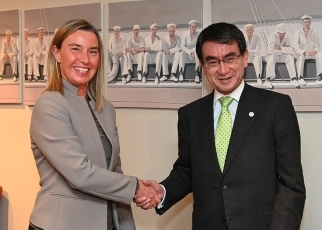 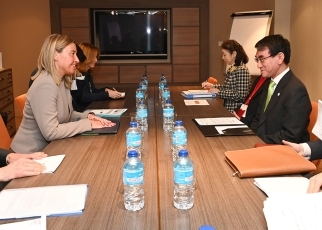 On April 5, commencing at 3:05 p.m. (local time) for approximately 30 minutes, Mr. Taro Kono, Minister for Foreign Affairs of Japan held a meeting with Ms. Federica Mogherini, High Representative of the European Union for Foreign Affairs and Security Policy, Vice-President of the European Commission, during his visit to Dinard in France for the G7 Foreign Ministers Meeting. The overview of the meeting is as follows.