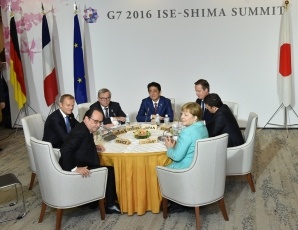 1 At the beginning, Prime Minister Abe introduced the joint statement which reaffirms the leaders' strong commitment to reach political agreement on the Japan-EU EPA as early as possible in 2016. Prime Minister Abe then emphasized that the Japan-EU EPA would contribute to the economic growth of both Japan and the EU and that it is of significant strategic importance for the countries who share fundamental values to establish an international order suitable for the 21st century, expressing his intention to continue cooperating closely with the other leaders.

2 Prime Minister Cameron subsequently stated that he would like to see agreement in principle on the Japan-EU EPA during this year, referring to the close economic relations between Japan and the EU as well as the importance of the presence of the UK therein.