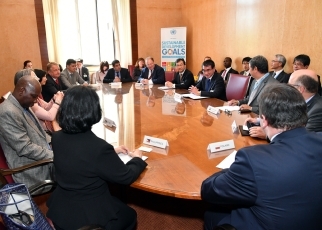 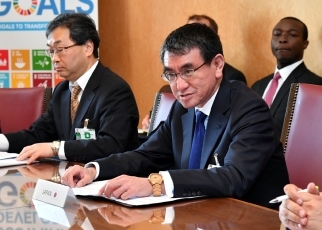 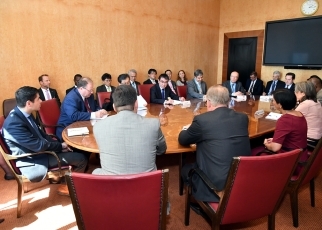 1. On April 24th, Mr. Taro Kono, Minister for Foreign Affairs, attended the meeting with the heads of states of the Non-proliferation and Disarmament Initiative (NPDI) and exchanged views at the margin of the Second Session of the Preparatory Committee of the 2020 NPT Review Conference.

3. At the following session, the NPDI members shared their views on the importance of maintaining and strengthening the NPT as a cornerstone of the nuclear disarmament and non-proliferation regime. The members also stated that it is vital for the NPDI with various ways of thinking and approaches on nuclear disarmament to promote concrete and practical measures towards a successful 2020 NPT review conference.

4. Before closing, Minister Kono expressed his hope to keep holding a NPDI Ministerial Meeting at an appropriate timing in order to enhance momentum towards the 2020 NPT Review Conference.