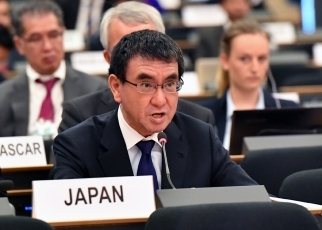 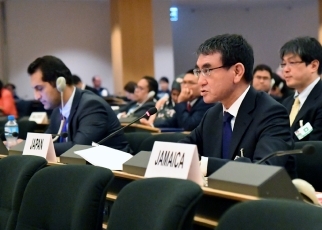 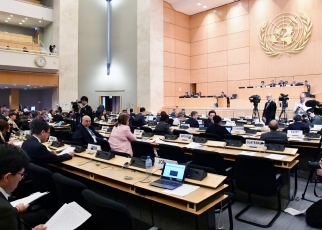 1. On April 24th , Mr. Taro Kono, Minister for Foreign Affairs, attended the Second Session of the Preparatory Committee for the 2020 Review Conferenference of the Treaty on the Non-proliferation of Nuclear Weapons (NPT) in Geneva, and delivered a statement of the General Debate (English (date) (PDF)

2. In the statement, Minister Kono stated that the NPT is a cornerstone of the international nuclear disarmament and non-proliferation regime and has accomplished several outcomes as a center of the regime. Minister Kono also stressed the importance of seeking security and nuclear disarmament concurrently. Minister Kono also stated that Japan believes the trajectory towards “a world free of nuclear weapons” lays in steadily accumulating concrete and practical measures under the cooperation of both nuclear-weapon States and non-nuclear-weapon States, while striking a balance between humanitarian and security aspects. Minister Kono also reaffirmed that maintaining and strengthening the NPT will continue to be the core of Japan’s efforts.

3. Minister Kono suggested that the recommendations submitted by “the Group of Eminent Persons for Substantive Advancement of Nuclear Disarmament”proposed concrete measures to converge divergent views and raised issues to be solved. Minister Kono stated that the recoomendations would be a meaningful reference for the international community. Among the bridge-building measures in the recommendations, Minister Kono pointed out the necessity of (1) transparency, (2) a nuclear disarmament verification mechanism, and (3) interactive discussions involving both nuclear-weapon States and non-nuclear-weapon States, and called for active discussions by the NPT State Parties.