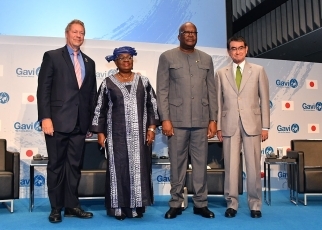 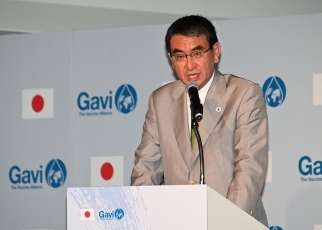 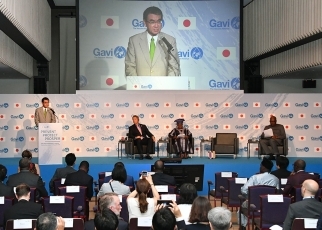 2. In the opening remarks, Foreign Minister Kono emphasized that it was important to support Gavi’s activities which introduce and expand vaccines to contribute to human security and UHC, which Japan has been promoting. He also expressed his expectations that, with a view to promoting Gavi’s efforts, there would be opportunities for debating “domestic resource mobilization”, “innovative financial mechanisms” and “finding new donors” in this meeting (Statement by Minister for Foreign Affairs Kono Taro (English (PDF)

3. In the meeting, the investment case and resources mobilization targets for the next five-year strategy were discussed. Dr. Berkley then announced that 7.4 billion dollars would be required in additional resources for the third replenishment period from 2021 to 2025. He also demonstrated the goal of immunizing 1.1 billion children and prevent 22 million future deaths by 2025.