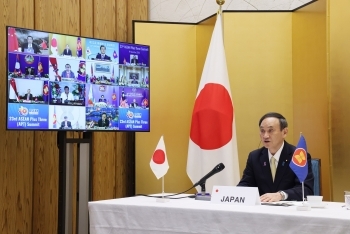 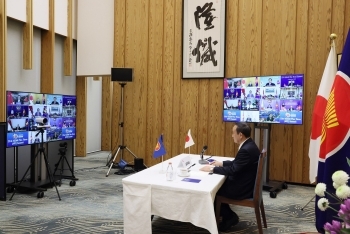 Following statements from Viet Nam as the Chair of ASEAN and the Republic of Korea (ROK), Prime Minister Suga stated the following.

I ampleased to participate in the ASEAN Plus Three Summit for the first time.

(2) The progress of cooperation with ASEAN against COVID-19

(i) Economic issues (trade and energy)

Population aging is an issue the region cannot be avoided. Under the Asia Health and Wellbeing Initiative, Japan will work to promote the development of pharmaceutical and healthcare industries in Asia.

(iii) Import restrictions due to the Great East Japan Earthquake

It will soon be 10 years since the Great East Japan Earthquake. The safety of Japanese food products is assured based on scientific evidence, and necessary monitoring and control measures are enforced. Japan would like to strongly urge countries concerned to promptly lift restrictions.

(2) In response, many countries expressed their gratitude for the concrete support from Japan and ASEAN Plus Three cooperation, including cooperation for the ASEAN Centre for Public Health Emergencies and Emerging Diseases. In addition, many countries remarked that ASEAN Plus Three frameworks for financial cooperation, enhancing economic resilience, and revitalization of trade and investment had gained greater importance during the COVID-19 pandemic. They also expressed the necessity of resuming cross-border travel and reinforcing connectivity.

3 Exchange of views on regional and international affairs

(1) Prime Minister Suga stated the following regarding regional affairs.
The full implementation  of  United Nations Security Council resolutions, including addressing "ship-to-ship transfers", is essential to achieving the complete, verifiable, and irreversible dismantlement (CVID) of all weapons of mass destruction and ballistic missiles of all ranges of North Korea. Japan's policy of seeking normalization of its relationship with North Korea through  comprehensively resolving the outstanding issues of concern, such as the abductions, nuclear and missile issues, as well as settling the unfortunate past, remains unchanged. I am determined to meet directly with Chairman Kim Jong-un without any preconditions. Furthermore, I ask for continued understanding and cooperation toward the early resolution of the abductions issue.

(2) In response, many countries emphasized the importance of the complete denuclearization of the Korean Peninsula and the implementation of the United Nations Security Council resolutions.