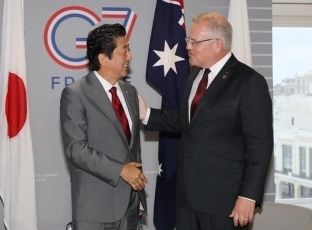 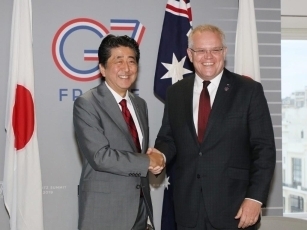 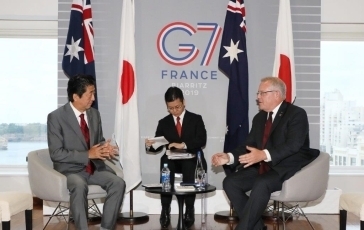 On August 25, commencing at 12:30 local time (same day, 7:30 p.m. JST) for approximately 40 minutes, Mr. Shinzo Abe, Prime Minister of Japan, held a summit meeting with the Hon. Scott Morrison, Prime Minister of the Commonwealth of Australia, who was visiting France in response to the invitation to attend the G7 Summit in Biarritz. The overview of the meeting is as follows. Approximately the first 20 minutes of the meeting was held only between the two leaders.