Top > Countries & Regions > Asia > Japan-China Relations > The Issue of Chinese Coral Vessels in the Seas Close to Japan, Including Around the Ogasawara Islands

The Issue of Chinese Coral Vessels in the Seas Close to Japan, Including Around the Ogasawara Islands

Since mid-September 2014, multiple vessels believed to be Chinese coral vessels have been found in the waters near the Ogasawara Islands. In light of the situation, the relevant ministries and agencies of Japan have stepped up their measures and the Government of Japan has made representations through diplomatic channels including Japan-China Foreign Ministers' Meeting.

Note: As from Oct 30th, the number of vessels includes those found in the seas around both Ogasawara and Izu islands as well as in the waters stretching between those two groups of islands. 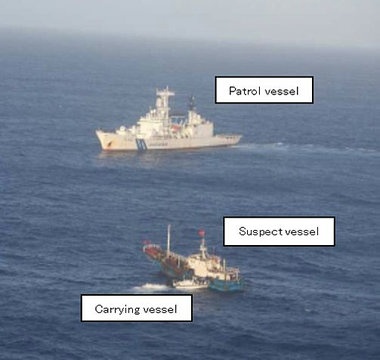 Provided by the Japan Coast Guard 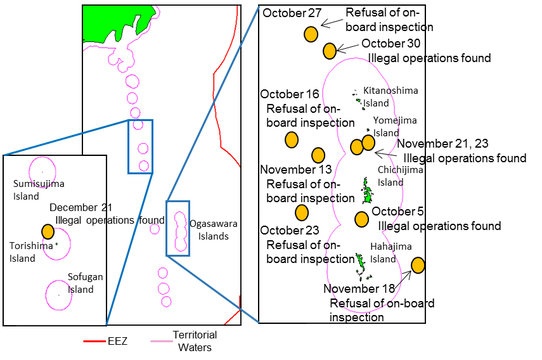 Provided by the Japan Coast Guard

(2) Higher penalties against illegal operations and other activities

Through diplomatic channels, the Government of Japan has repeatedly expressed regret to China, along with requesting the prevention of recurrences.
In addition, the following discussion took place at the Japan-China Foreign Ministers' Meeting on November 8.