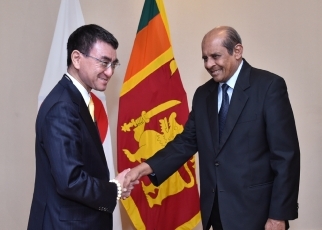 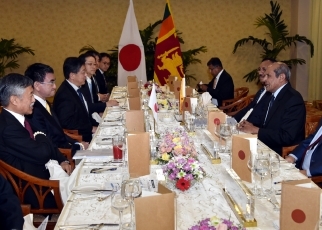 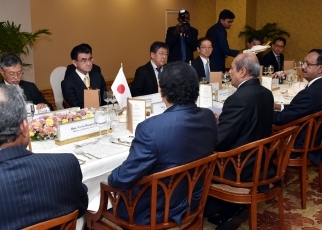 On Friday, January 5, from 1:00 p.m. (local time) for approximately 90 minutes, Mr. Taro Kono, Minister for Foreign Affairs, on his visit to Sri Lanka, held a meeting over lunch with the Hon. Tilak Marapana, Foreign Minister for the Democratic Socialist Republic of Sri Lanka. The overview is as follows.