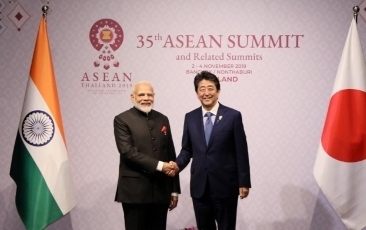 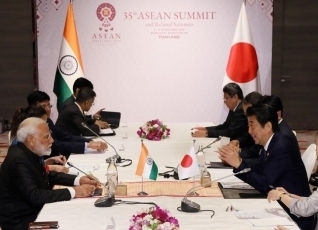 On November 4, commencing at 11:15 a.m. (local time) for approximately 45 minutes, Mr. ABE Shinzo, Prime Minister of Japan, on his visit to Bangkok to attend ASEAN-related summit meetings, held a Summit meeting with H.E. Mr. Narendra Modi, Prime Minister of India. The overview of the meeting is as follows. The meeting was also attended by Mr. NISHIMURA Akihiro, Deputy Chief Cabinet Secretary, and others from the Japanese side and by H.E. Dr. Subrahmanyam Jaishankar, Minister of External Affairs, H.E. Mr. Piyush Goyal, Minister of Railways and Minister of Commerce & Industry, and others from the Indian side.