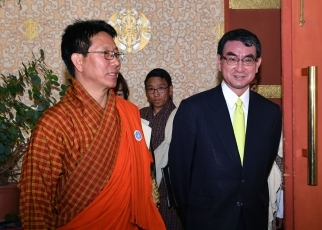 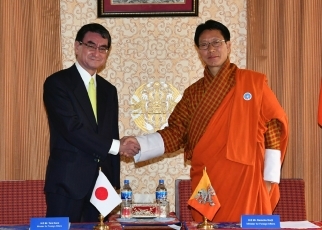 Ahead of the meeting, there was an exchange of notes concerning the "Project for Human Resource Development Scholarship" grant aid to Bhutan between Mr. Kenji Hiramatsu, Ambassador Extraordinary and Plenipotentiary of Japan to Bhutan (concurrently with the Republic of India) and H.E. Mr. Vetsop Namgyel, Ambassador of the Kingdom of Bhutan to Japan, in the presence of the two foreign ministers.