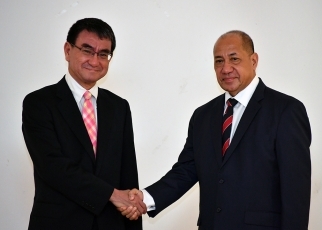 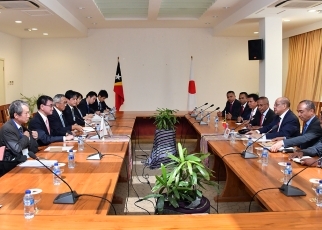 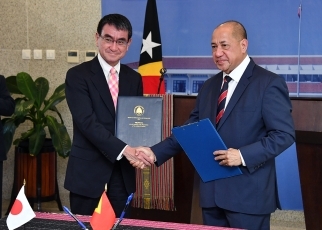 On October 12, commencing at 2 p.m. (same time in Japan) for approximately 50 minutes, Mr. Taro Kono, Minister for Foreign Affairs, held a foreign ministers' meeting with H.E. Mr. Hermenegildo Augusto Cabral Pereira, Minister of State of the Presidency of the Council of Ministers and Acting Minister of Foreign Affairs and Cooperation of Timor-Leste, during his visit to the Democratic Republic of Timor-Leste. The overview of the meeting is as follows.  After the meeting, the two ministers signed and exchanged notes on grant aid to Timor-Leste for the Project for Human Resource Development Scholarship (JDS).