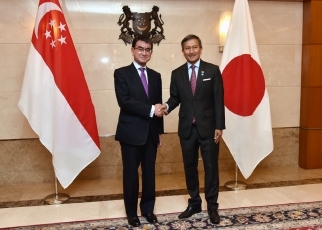 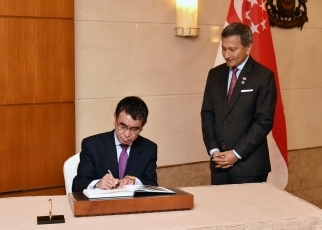 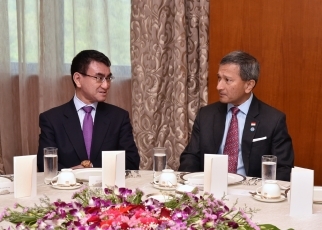 1. The two ministers exchanged views on the “Free and Open Indo-Pacific Strategy

” that Japan is promoting.

2. With regard to the North Korea’s nuclear and missile issues the two ministers agreed on applying maximum pressure on North Korea by all means available, including full implementation of the related the United Nations Security Council resolutions. The two ministers especially noted the necessity of addressing North Korea’s use of “ship-to-ship transfer” and other methods for sanctions evasion. The two ministers shared the view that Japan and Singapore will work closely together to prevent Southeast Asia from becoming loophole of the sanctions regime.

3. With regard to bilateral relations, the two ministers shared the view that the countries’ leaders and foreign ministers will deliberate further on promotion of the JSPP21 (Japan-Singapore Partnership Programme for the 21st Century), a programme that symbolises Japan-Singapore cooperation.

4. In addition, the two ministers exchanged views on a broad range of topics such as regional affairs, including the South China Sea, and promotion of free trade, including with the Trans-Pacific Partnership (TPP).