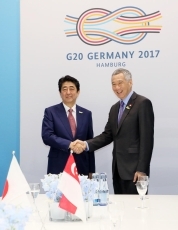 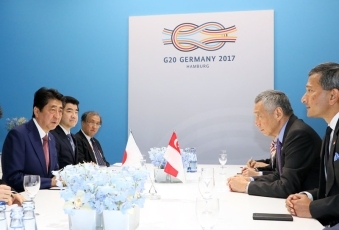 On July 8, for approximately 30 minutes starting from 10:50 a.m., Prime Minister Shinzo Abe held a meeting with H.E. Mr. Lee Hsien Loong, Prime Minister of the Republic of Singapore in Germany, where the leaders were visiting to attend the G20 Summit. The overview of their meeting is as follows. Deputy Chief Cabinet Secretary Kotaro Nogami and other officials were also present at the meeting.