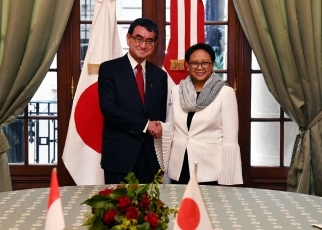 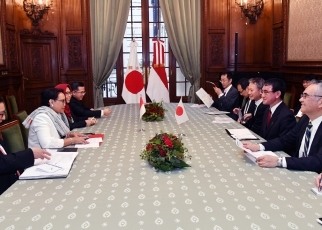 On May 21, commencing at 2:00 p.m. (local time) for approximately 30 minutes, Mr. Taro Kono, Minister for Foreign Affairs, held a meeting with H.E. Ms. Retno L.P. Marsudi, Minister of Foreign Affairs of the Republic of Indonesia, in Buenos Aires, the Argentine Republic, during his visit to attend the G20 Foreign Ministers' Meeting. The overview of the meeting is as follows.