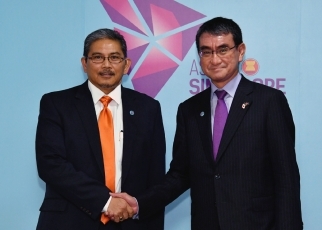 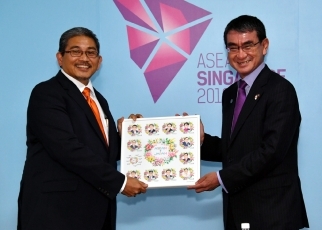 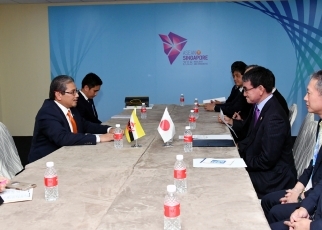 2. Minister Kono and Minister Erywan exchanged views on the Japan-ASEAN Foreign Ministers’ Meeting, at which they will serve as co-chairs.

3. Ahead of the meeting Minister Kono presented Minister Erywan with a gift. (Note: the gift was a portrait of the Japan and ASEAN foreign ministers created by Manga Designers Lab).