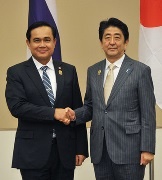 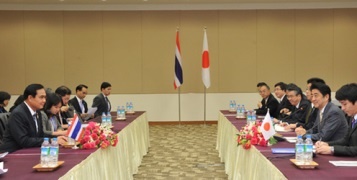 On November 13, commencing at 1:35 p.m. for approximately 20 minutes, Mr. Shinzo Abe, the Prime Minister, held a meeting with H.E. Mr. Prayuth Chan-o-cha, Prime Minister of the Kingdom of Thailand, during his visit to Naypyidaw, the Republic of the Union of Myanmar, for the ASEAN-related Summit Meetings. The overview of the meeting is as follows: