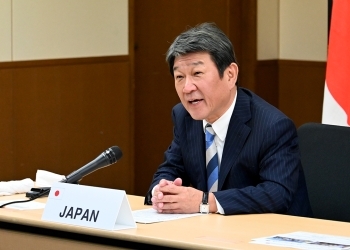 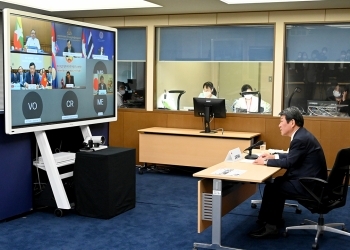 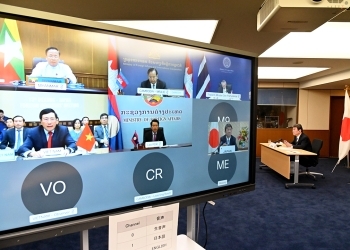 Minister Motegi appreciated the fact that, due to the efforts of each country, the spread of COVID-19 in the Mekong countries has been kept at a relatively low level. He also stated that it is precisely in these difficult circumstances that cooperation and solidarity in the international community is important, and that looks forward to Japan and the Mekong countries working together to strengthen their respective economies in an integrated manner.

(2) Minister Motegi stated that the international community must deal with infectious diseases that have a profound impact on the whole world - such as the current outbreak - in a concerted manner, and that it is necessary to conduct an impartial, independent, and comprehensive review of the situation based on the resolution from the World Health Assembly.

(3) With regard to assistance in the field of infectious diseases, Minister Motegi stated that Japan would strongly support the Mekong countries in their fight against COVID-19, based on the three pillars of (a) strengthening countermeasures against infectious diseases, (b) support for the establishment of the ASEAN Centre for Emerging Diseases and Public Health Emergencies, and (c) enhancing economic resilience. In response, the Mekong countries welcomed Japan's cooperation.

(4) In response to Minister Motegi's remarks on the importance of Japan-Mekong cooperation for economic recovery after COVID-19, each country expressed its agreement with and gratitude for Japan's cooperation, and both Japan and the Mekong countries affirmed they would work together to achieve integral strengthening of their economic relations.