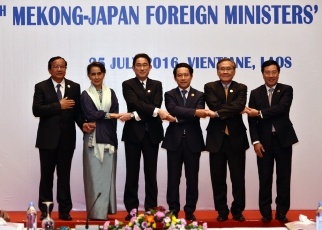 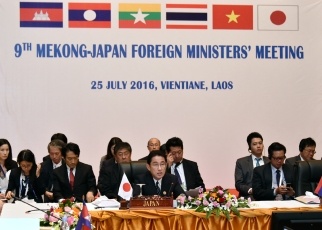 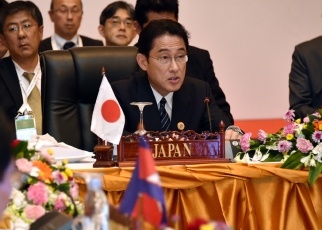 (1) Minister Saleumxay expressed his pleasure at having the opportunity to serve as co-chair of the Ninth Mekong-Japan Foreign Ministers' Meeting with Minister Kishida and welcomed progress in Japan-Mekong cooperation. Minister Saleumxay also voiced gratitude for Japan's initiatives, including the Japan-Mekong Connectivity Initiative proposed by Minister Kishida in Thailand in May 2016.

(2) Minister Kishida expressed his gratitude for the extensive efforts made by Laos, the co-chair, and stated that steady progress is being made in the implementation of the Mekong-Japan Action Plan, following last year's adoption of the New Tokyo Strategy 2015, expressing Japan's commitment to providing official development assistance of 750 billion yen in three years to the Mekong region. Furthermore, Minister Kishida explained that Japan hopes to work together toward the realization of quality growth in the Mekong region and to officially launch the Japan-Mekong Connectivity Initiative, which was proposed in Bangkok in May, with the Mekong countries.

The participants also discussed the issues in the South China Sea, issues related to North Korea, and other regional and international situations.