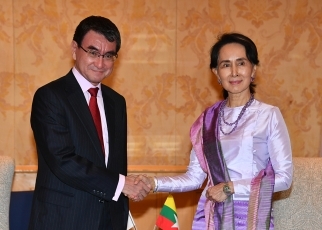 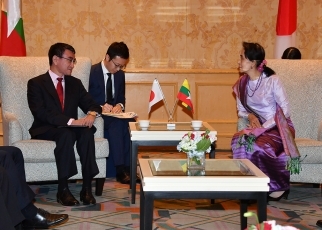 On September 12, Mr. Taro Kono, Minister for Foreign Affairs, during his visit to Hanoi, the Socialist Republic of Viet Nam, to attend the World Economic Forum on ASEAN (the Association of Southeast Asian Nations), held a meeting commencing at 2 p.m. for approximately 25 minutes with H.E. Ms. Aung San Suu Kyi, State Counsellor and Union Minister for Foreign Affairs, Republic of the Union of Myanmar. The overview of the meeting is as follows.