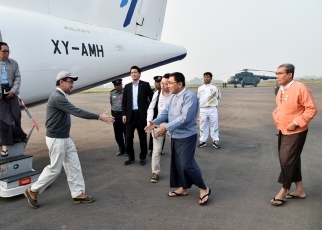 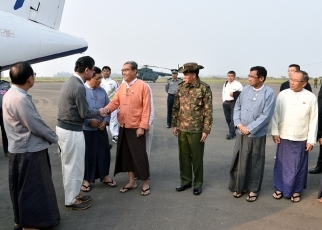 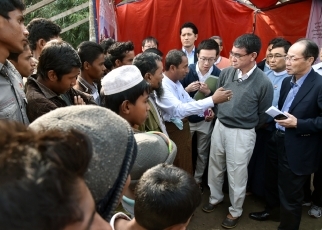 In the morning of January 13, Mr. Taro Kono, Minister for Foreign Affairs of Japan, during his visit to the Republic of the Union of Myanmar, visited Maungdaw Township, Rakhine State. The overview of the visit is as follows. He was accompanied by H.E. Prof. Dr. Win Myat Aye, Union Minister for Social Welfare, Relief and Resettlement and U Nyi Pu, Chief Minister of Rakhine State. 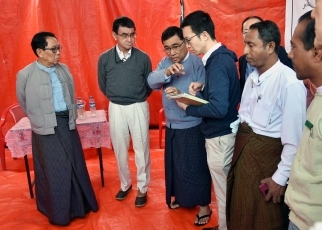 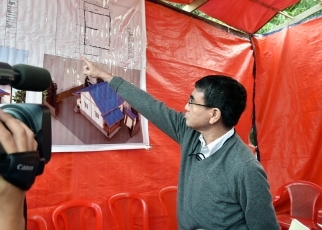 1 Minister Kono visited Pantawpyin village with Muslim residents located near Maungdaw town. He observed a school and houses with explanation on the situation of the village by the village administrator and held a dialogue with the villagers. 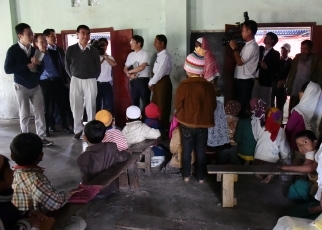 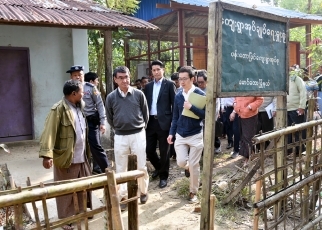 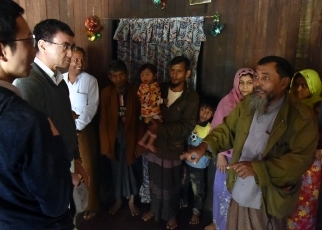 2 Minister Kono moved to Taungpyoletwei near the border in the northern part of Maungdaw township. He visited the bridge on the Myanmar-Bangladesh border and the reception center with explanation on the procedure of return of the displaced persons by Union Minister Prof. Dr. Win Myat Aye. 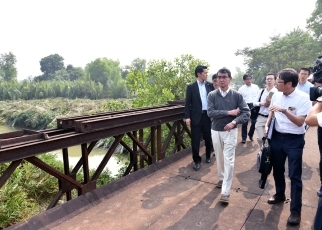 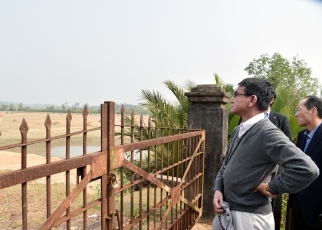 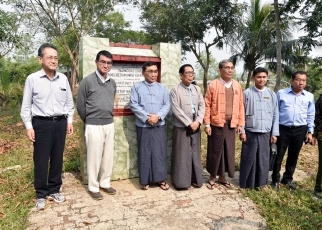