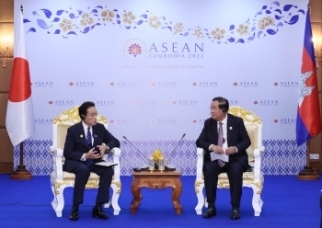 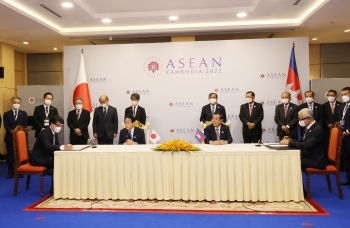 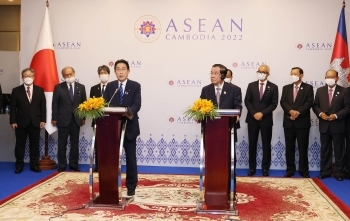 After the meeting, the two learders presided over the signing of an exchange of diplomatic notes regarding four grant aid projects for Cambodia, as well as the signing of an MOU between Toyota Tsusho Corporation and the Cambodian Ministry of Economy and Finance regarding collaboration for the development of Cambodia's automobile industry, and made a Joint Press Announcement. Deputy Chief Cabinet Secretary ISOZAKI Yoshihiko and others attended the meeting.