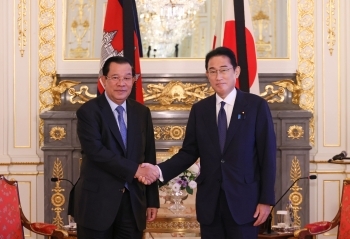 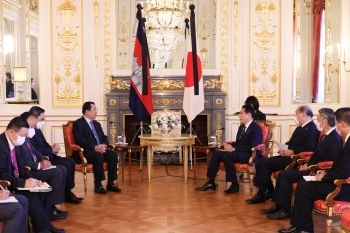 On September 28, commencing at 9:00 a.m. for approximately 20 minutes, Mr. KISHIDA Fumio, Prime Minister of Japan, held a meeting with Samdech Akka Moha Sena Padei Techo HUN SEN, Prime Minister of the Kingdom of Cambodia, who was on a visit to Japan. The summary of the meeting is as follows.