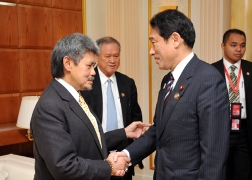 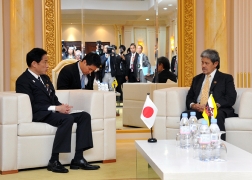 Minister for Foreign Affairs Fumio Kishida, who is visiting Brunei Darussalam to attend ASEAN-related Foreign Ministers' Meetings, held talks with His Royal Highness Prince Mohamed Bolkiah, Minister of Foreign Affairs and Trade of Brunei Darussalam, for about 15 minutes from 1:45 p.m. on July 2 (local time). The following is an overview of the meeting.