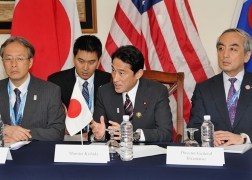 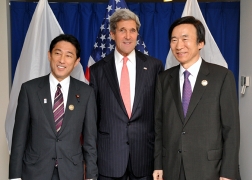 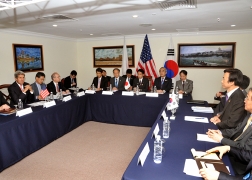 On July 1, commencing at 3:40 p.m. (local time) for approximately 40 minutes, on the margins of the ASEAN-related Foreign Ministers’ Meetings in Brunei, Minister for Foreign Affairs Fumio Kishida hosted the Japan-U.S.-ROK Trilateral Foreign Ministers’ Meeting with the attendance of H.E. John Kerry, Secretary of State of the United States, and H.E. Yun Byung-se, Minister of Foreign Affairs of the Republic of Korea. The overview of the meeting is as follows (The previous meeting was held in New York on September 29, 2012).