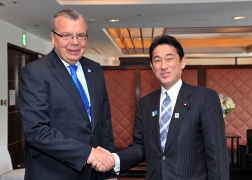 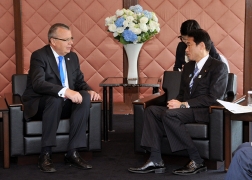 On June 3, commencing at 10:15 a.m. for around 15 minutes, Mr. Fumio Kishida, Minister for Foreign Affairs, received a courtesy call from Mr. Yury Fedotov, Executive Director of the United Nations Office on Drugs and Crime (UNODC), who was visiting Japan to attend the 5th Tokyo International Conference on African Development (TICAD V). The overview of the meeting is as follows.