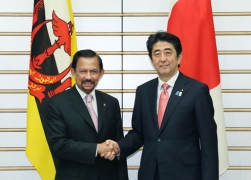 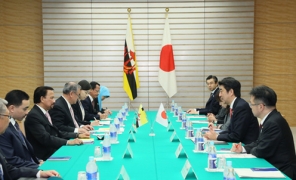 On May 13, for around 35 minutes from 11:20 A.M., Prime Minister Shinzo Abe held a summit meeting with His Majesty Haji Hassanal Bolkiah, Sultan and Yang Di-Pertuan of Brunei Darussalam, who is visiting Japan. This was followed by a working lunch hosted by Prime Minister Abe for around 50 minutes. The overview of the meeting is as follows.