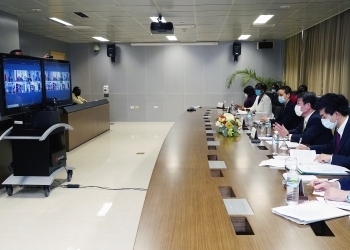 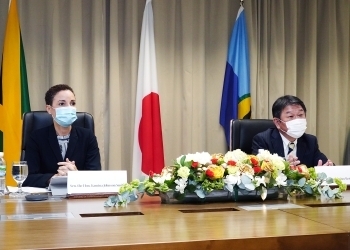 At the outset of the meeting, Minister Motegi expressed his condolences over the murder of H.E. Mr. Jovenel Moïse, President of the Republic of Haiti, in the early hours of July 7.

[Reference 2] Three pillars of “Japan’s CARICOM Policy”
Announced by (then) Prime Minister Abe at the 2014 Japan-CARICOM Summit Meeting. (1) Cooperation towards sustainable development, including overcoming the vulnerabilities particular to small island states. (2) Deepening and expanding fraternal bonds of cooperation and friendship. (3) Cooperation in addressing challenges of the international community.

Page Top
Back to Japan-CARICOM Relations