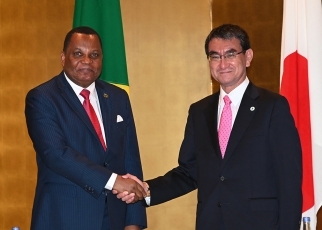 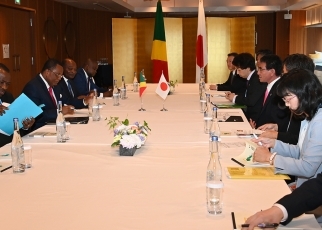 On August 28, for about 20 minutes, commencing at 4:40 p.m., in Yokohama, Mr. Taro Kono, Minister for Foreign Affairs, held a Foreign Ministers’ meeting with H.E. Mr. Jean-Claude Gakosso, Minister of Foreign Affairs, Cooperation and Congolese Abroad of the Republic of Congo. The overview of the meeting is as follows. Minister Gakosso is visiting Japan to attend The Seventh Tokyo International Conference on African Development (TICAD7) held from August 28 to 30.

Page Top
Back to Japan-Republic of Congo Relations