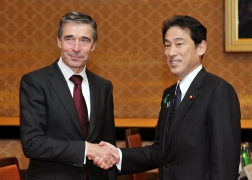 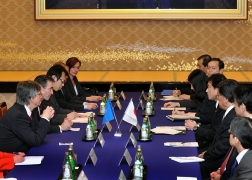 On April 15, commencing from 7:45 p.m. for around one hour and 40 minutes, H.E. Mr. Fumio Kishida, Minister for Foreign Affairs of Japan held a meeting and dinner with H.E. Mr. Anders Fogh Rasmussen, NATO Secretary General, during his working visit to Japan upon invitation by the Minister for Foreign Affairs. The overview of the meeting is as follows:

(* The foregoing is a provisional translation. The date indicated above denotes the date of issue of the original in Japanese.)
Page Top
Back to Press Releases