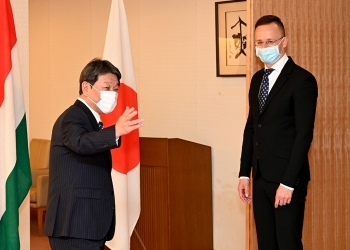 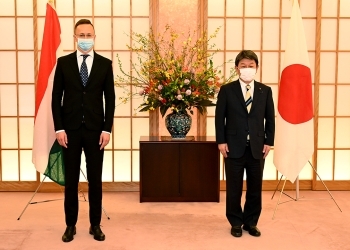 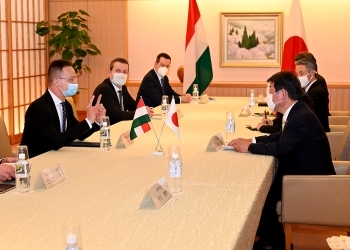 On March 9, commencing at around 3:15 p.m. for approximately 55 minutes, Mr. MOTEGI Toshimitsu, Minister for Foreign Affairs of Japan, held a meeting with H.E. Mr. Péter Szijjártó, Minister of Foreign Affairs and Trade of Hungary, who is visiting Japan to attend the 14th United Nations Congress on Crime Prevention and Criminal Justice (Kyoto Congress). The overview of the meeting is as follows.

[Note] V4 (Visegrad 4)
A regional cooperation framework consisting of Poland (current Presidency), Hungary, Slovakia, and the Czech Republic. It was founded in Visegrad in Hungary in 1991. It holds dialogues at the leader, foreign minister, and senior working levels and promotes V4 plus Japan cooperation in a wide range of areas, such as science and technology, assistance to third countries, disaster risk reduction, and the environment.