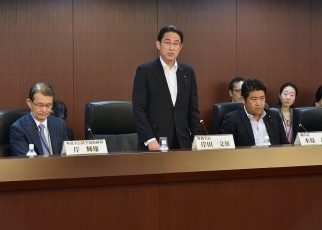 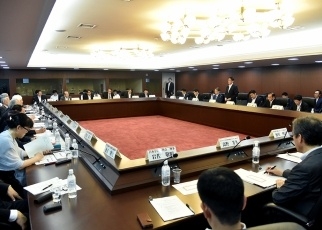 3. Considering the problems that African countries currently have, such as the Ebola outbreak, declining international resource prices, terrorist attacks, environmental issues and climate change, science, technology and innovation (STI) has a potential to play a substantial role to tackle them. From this standpoint, Dr. KISHI reported the recent situation of STI in Africa and explained that with the advisory board members Dr. KISHI is preparing the recommendations on how to support Africa from the scientific and technological point of view.

5. Mr. Tateo ARIMOTO, the Advisory Board member, reported on the first Multi-stakeholder Forum on Science, Technology and Innovation for the SDGs at the United Nations, so called STI Forum, which he attended to.

6. The attendees actively discussed on future activities of the advisor to achieve SDGs from broad and different standpoints, including prioritizing each goals, identifying the field which Japan has a potential to demonstrate its superiority, utilizing the outcomes of TICAD VI and making use of the network with science and technology advisors abroad.