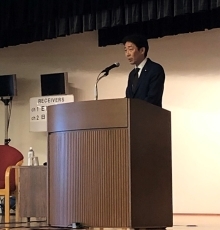 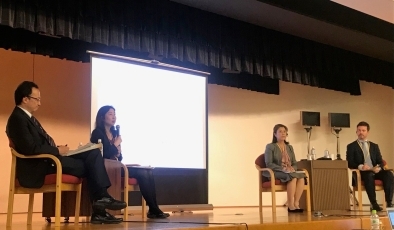 1. On November 11th, the Ministry of Foreign Affairs held the Seminar on the 1980 Hague Convention (the Hague Convention on the Civil Aspects of International Child Abduction) for the Diplomatic Missions in Tokyo.

2. In this seminar, 56 people attended from the 44 diplomatic corps in Tokyo. Also, 29 Japanese lawyers and other professionals attended.

3. At this seminar, Mr. NAKAYAMA Norihiro, Parliamentary Vice-Minister for Foreign Affairs, gave an opening speech on behalf of the Ministry of Foreign Affairs. MATSUI Shinji, Director of Hague Convention Division, presented the implementation of the convention in Japan. Lectures related to the Hague Convention cases and international family law were given by Ms. ISHII Makiko, attorney at law, and Ms. HIJIKATA Kyoko, attorney at law. Mr. Billy Cleary, a licensed family and marriage therapist, presented about issues among international marriages.

4. The following panel discussion focused on various aspects of international family disputes and deepened knowledge of the participants at the venue.

5. This seminar is expected to deepen the understanding of the diplomatic corps in Tokyo regarding the Hague Convention and further strengthen cooperation with Japan.