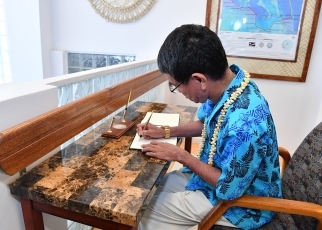 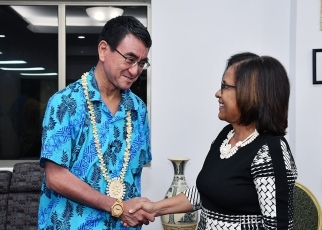 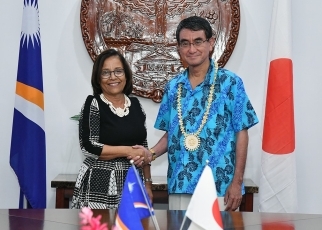 2. In response, President Heine welcomed Minister Kono’s visit and expressed appreciation for all of Japan’s supports, stating that they have played an important role.

3. The two sides exchanged opinions regarding Japan’s cooperation for the sustainable development of the Marshall Islands, including disaster risk reduction.

4. The two sides discussed cooperation between Japan and the Marshall Islands in wide-ranging areas, including fisheries, collection of the war dead remains, people-to-people exchanges, tourism, trade and investment, and shared the view to work closely in these fields.

5. In addition, the two sides exchanged opinions on regional affairs, such as North Korea issues, and shared the view to deepen bilateral cooperation on them.