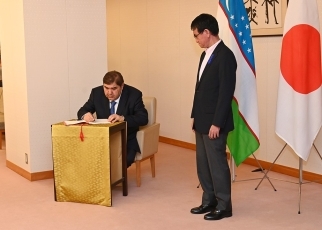 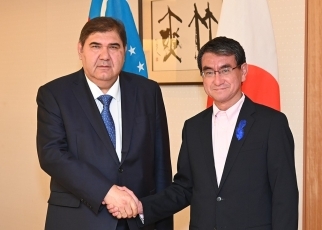 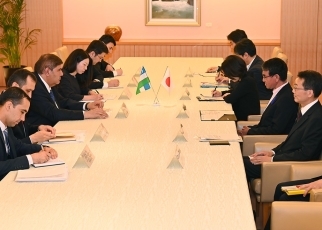 1. Minister Kono stated “it is an honor to meet Deputy Prime Minister Ganiev, who is a key person in our bilateral relations and a good friend of Japan” and “at the 7th Foreign Ministers’ meeting of the ‘Central Asia + Japan’ dialogue in May, I had a fulfilling meeting with Foreign Minister Kamilov”. Minister Kono also stated “we highly value the internal reforms such as economic liberalization and cooperation with regional countries being advanced in Uzbekistan under the initiative of President Mirziyoyev. I would like to cooperate with you for further development of strategic partnership between the two countries”.

2. Deputy Prime Minister Ganiev stated that Japan is a reliable partner for Uzbekistan, and he would like to continuously take the development of the relationship as priority. Deputy Prime Minister Ganiev also expressed his hope to make a successful visit of President Mirziyoyev to Japan in order to open a new page in the bilateral relations and deepen the relationship in all areas such as politics, economy, culture and trade.

3. Both sides agreed to cooperate for further development of the relationship between the two countries in a wide range of fields, including preparations for the visit of President Mirziyoyev to Japan.