The United States-Japan Conference on Cultural and Educational Interchange (CULCON) 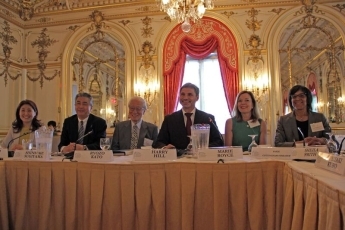 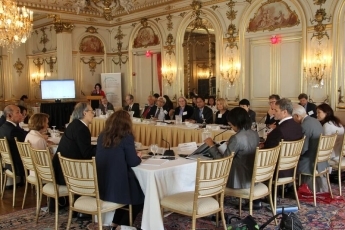 2. The plenary meeting was co-chaired by Mr. Ryozo Kato, Japan CULCON Chair (Former Ambassador of Japan to the United States) and Mr. Harry Hill, U.S. CULCON Chair (Member of the Board, New Business Development, Oak Lawn Marketing. Inc.), and was participated in by the panelists representing government and various sectors such as business and academia, as well as Mr. Shinsuke Sugiyama, Japanese Ambassador to the U.S., and Ms. Marie Royce, Assistant Secretary for Educational and Cultural Affairs, U.S. Department of State.

3. The conference started with messages from Prime Minister Abe and President Trump.

4. This conference discussed challenges to be tackled and counter-measures against them mainly on the following four subjects; educational exchange, Japanese language education in the U.S., art exchange and nurturing future generations of Japan-U.S. leaders. The outcome of the discussions was released as a Joint Statement (see the attached Joint Statement (English (PDF)

(Note)
CULCON was established in June 1961 by a joint statement announced by Prime Minister Ikeda and President Kennedy. Its first meeting was held in Tokyo in January 1962. Ever since then, conferences have been held biannually, alternating between Japan and the U.S.