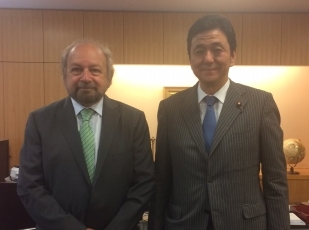 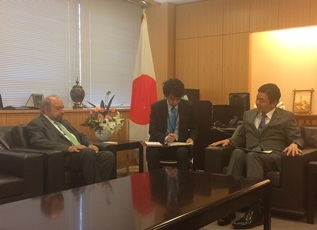 3. In response, President Abraham expressed his appreciation for the invitation to visit Japan, and stated that ICJ and Japan have historically built a good relationship, and ICJ needs the assistance of States in order to fulfill its role as the principal judicial organ of the United Nations, and from that perspective, the President expressed appreciation to Japan’s consistent support to the ICJ.

4. Furthermore, State Minister Kishi and President Abraham also had useful exchanges of views on the recent development of of international judicial proceedings and other related issues.