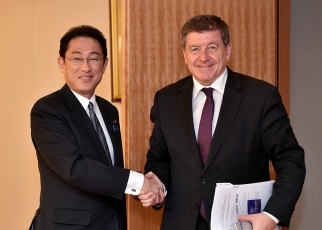 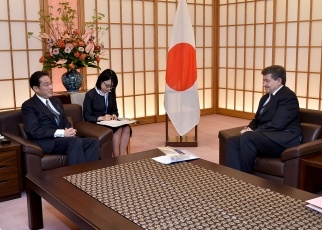 On May 11, commencing at 3:20 p.m. for approximately 15 minutes, Mr. Fumio Kishida, Minister for Foreign Affairs, received a courtesy call from Mr. Guy Ryder, Director-General, International Labour Organization (ILO). The overview is as follows.

1. At the beginning, Minister Kishida congratulated Director-General Ryder on his re-election, and appreciated the seven Centenary Initiatives, including the end to poverty initiative and the women at work initiative, which the ILO came out with under Director-General Ryder’s leadership to commemorate the 100th anniversary of the founding of the ILO in 2019. Additionally, Minister Kishida explained that Japan attaches importance to the implementation of the Sustainable Development Goals (SDGs), and that it intends to coordinate closely with the ILO.