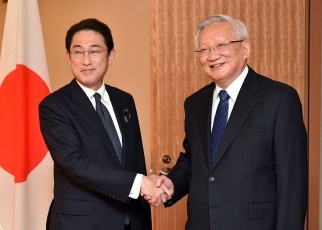 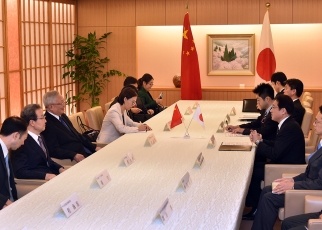 On Monday, September 26, commencing at around 5:15 p.m. for approximately 40 minutes, Mr. Fumio Kishida, Minister for Foreign Affairs, held a meeting with Mr. Tang Jiaxuan, Chairman of the China-Japan Friendship Association. Key points are as follows. to Japan and spoke favorably about the role of private-sector interaction between Japan and China, including the “Tokyo-Beijing Forum”. He also noted Japan expects to deepen the bilateral relationship through expanding positive aspects and managing the areas of concern appropriately, and to enhance dialogue, cooperation,

1. Minister Kishida gave a heartfelt welcome to Chairman Tang on his visit and interaction between the two countries in light of exchanges at the Japan-China Summit Meeting held at G20.