Signing of the book of condolence by Minister Fumio Kishida following the terror attacks in Brussels, Belgium 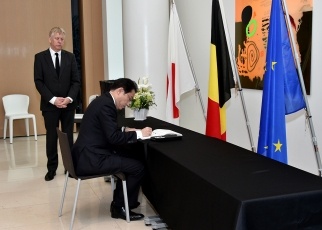 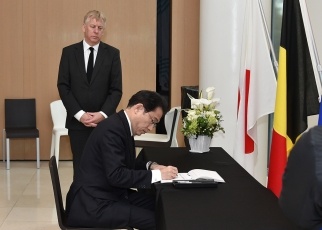 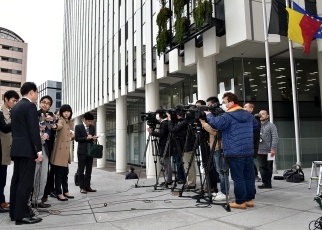 1. In the afternoon on March 25, Minister of Foreign Affairs Fumio Kishida visited the Embassy of Belgium in Japan, and signed the book of condolence for the series of terror attacks which occurred on March 22 in Brussels.

2. After the signing, Minister Kishida met H.E. Mr. Gunther Sleeuwagen, Ambassador of the Kingdom of the Belgium to Japan. In the meeting, Minister Kishida expressed anew his deepest condolences to all the victims, and his heartfelt sympathy to those who were injured in the series of attacks and their families. Minister Kishida also expressed his gratitude to Belgium for its support to the injured Japanese, and requested assurance of safety of the Japanese residents. In addition, Minister Kishida stated that Japan, as the chair of the G7, would coordinate closely with the international community, including Belgium, on counterterrorism.