International Symposium on the Law of the Sea (Summary) 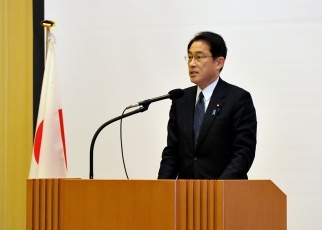 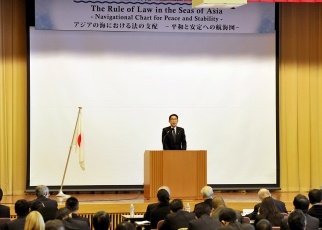 1. On Thursday, February 12, and on Friday, February 13, the Ministry of Foreign Affairs of Japan hosted an international symposium on the law of the sea “The Rule of Law in the Seas of Asia: Navigational Chart for Peace and Stability” in Tokyo (at Mita Kaigisho Auditorium).(Agenda (PDF)

2. Experts in the field of the law of the sea from home and abroad (UK, France, Italy, China and Vietnam) participated in the symposium as the panelists. About 290 participants, including the Diplomatic Missions, officials of Government of Japan, academics and students, had active discussions with panelists.

(1) In the opening session held on February 12, Mr. Fumio KISHIDA, Minister for Foreign Affairs of Japan, delivered opening remarks and stressed that, for the sake of the peace and stability in the seas of Asia, it is needed to enhance “the rule of law” on the basis of the law of the sea with the United Nations Convention on the Law of the Sea (UNCLOS) in its core.

(2) Subsequently, Mr. Shunji YANAI, Judge of the International Tribunal for the Law of the Sea (former President), in the keynote speech, addressed the role that UNCLOS has played to date in the establishment of “the rule of law at sea”, the new challenges UNCLOS may face in the future and how UNCLOS would deal with them, along with the attitude of Asian States toward the peaceful settlement of disputes, to the audience.

4. In the panel discussions, the panelists made their reports on the three themes below, followed by the Q&A sessions with the audience.

(1)Segment 1: Coastal States’ Rights and Entitlements at Sea Based upon UNCLOS
Dr. Tullio TREVES, Professor of State University of Milan (former Judge of the International Tribunal for the Law of the Sea), Dr. Shigeki SAKAMOTO, Professor of Doshisha University, and Dr. Kentaro NISHIMOTO, Associate Professor of Tohoku University, reported respectively as the panelists on the contents, the nature, the scope and the limits of the coastal States’ rights and entitlements in maritime areas under UNCLOS, which had built a new maritime order of the world.

(2)Segment 2: Development of Legal Regimes Governing the Period Pending Final Agreement of Delimitation
Dr. Naoya OKUWAKI, Professor of School of Law of Meiji University, Dr. Robert VOLTERRA, Visiting Professor of University College of London, and Dr. NGUYEN Thi Lan-Anh, Deputy Director-General of the Institute for South China Sea Studies of the Diplomatic Academy of Vietnam, reported respectively as the panelists how States can avoid aggravation of dispute in a maritime area pending delimitation and build a cooperative relationship despite conflict of interests among them.

5. With the experience of this symposium, the Ministry of Foreign Affairs will continue to host fora on the law of the sea to enhance the rule of law at sea.