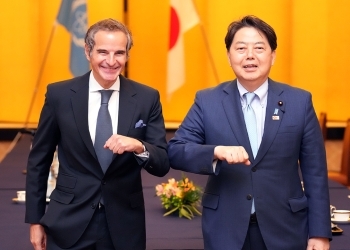 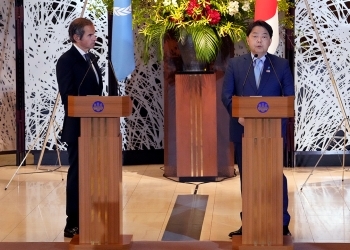 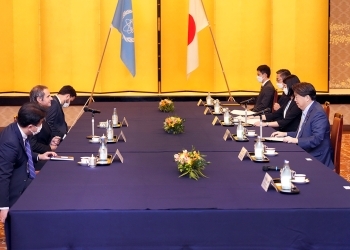 On May 19, commencing at around 7:00 p.m., Mr. HAYASHI Yoshimasa, Minister for Foreign Affairs of Japan, held a meeting and working dinner with H.E. Mr. Rafael Mariano Grossi, Director General of the International Atomic Energy Agency (IAEA), who is visiting Japan upon invitation by the Minister for Foreign Affairs, for approximately 2 hours. The overview is as follows.